On October 21, 1977, The ADA celebrate the annual award ceremony. The ceremony is solemn and monumental as the traditional inheritance of the contest, gathered a lot of participating countries with a large submission. The prize is also a great 1 000 000 JYP ~ 9000 USD. 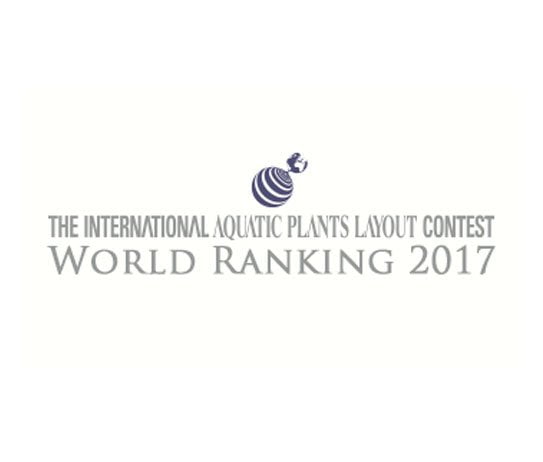 This year the home team has brought many beautiful tanks with a very impressive style. Not bad is the tank of the aquascaper in China. They seem to like Hardscape tanks with quite impressive patterns. And Vietnamese delegation this year is quite crowded this year, however, the number of the prize pool was more limited than last year.

Trends of aquarium models this year are mostly back to the “Forest” as every year. Some tanks combine rock and trees with limited numbers.

About the tanks ranked high this year:

Honor prize: A combination of driftwood and rock. Planted mainly moss and fern. Use high stem cuttings to make the background. Create depth for the layout. This trend is quite common, but to create creativity and prominence on the owner of the tank is quite difficult. Not everyone can do it.

Bronze prize: (Top 5 – top 7): The tanks are quite impressive. Including the tank of Mr. Truong Thinh Ngo. He excelled at bringing Son Doong cave pictures to friends and international visitors over his aquarium. Like all his years he is still the main combination of rock with a very subtle expression in the color scheme of the tree. In addition, the combination of light is also part of making the tank deeper and more pressing. 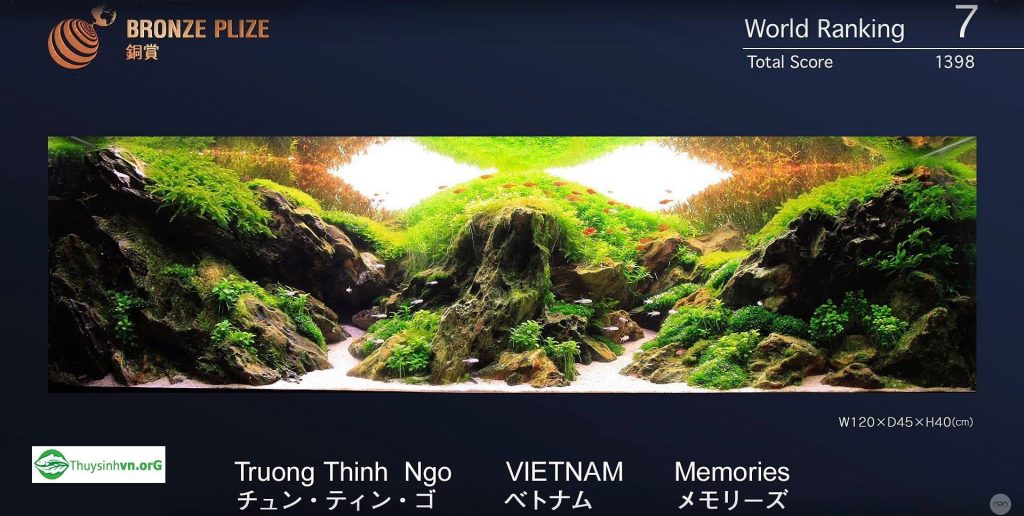 Sliver prize: (Top 3 – Top 4) Not like every year! Tank top 4 makes us say quite a secret when losing the championship. This year, the top 3 – 4 tanks are not impressive because of their creativity. However, we can see the work of two craftsmen quite remarkable and refined the relatively small parts of the tank. 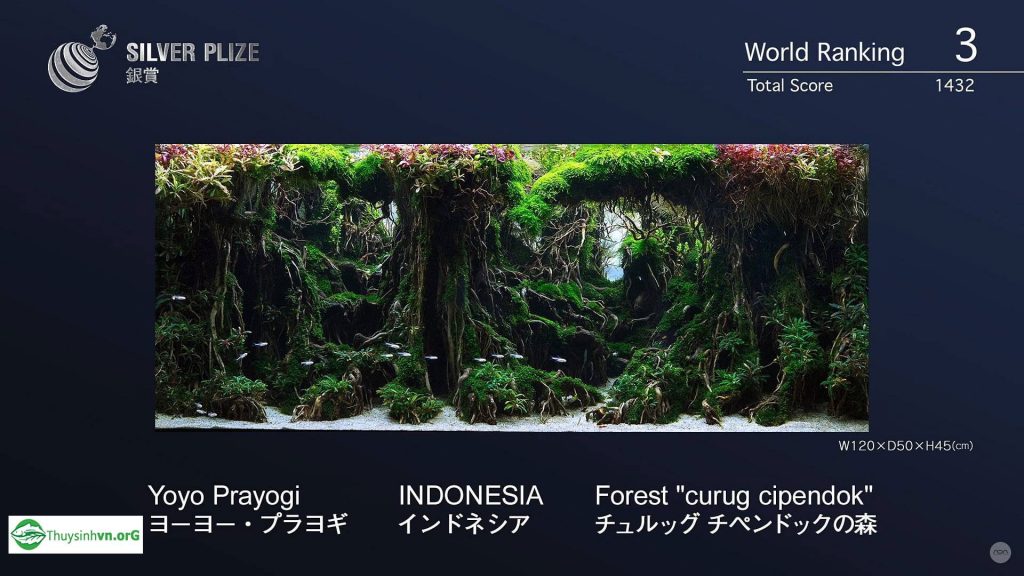 Gold prize: Top 2 – This is a tank that I personally feel very impressed by its depth. The main layout is made of dried stumps combined with small driftwood like old trees. The far side has a small gap to create depth. The plant is quite simple but when combined it is very good. 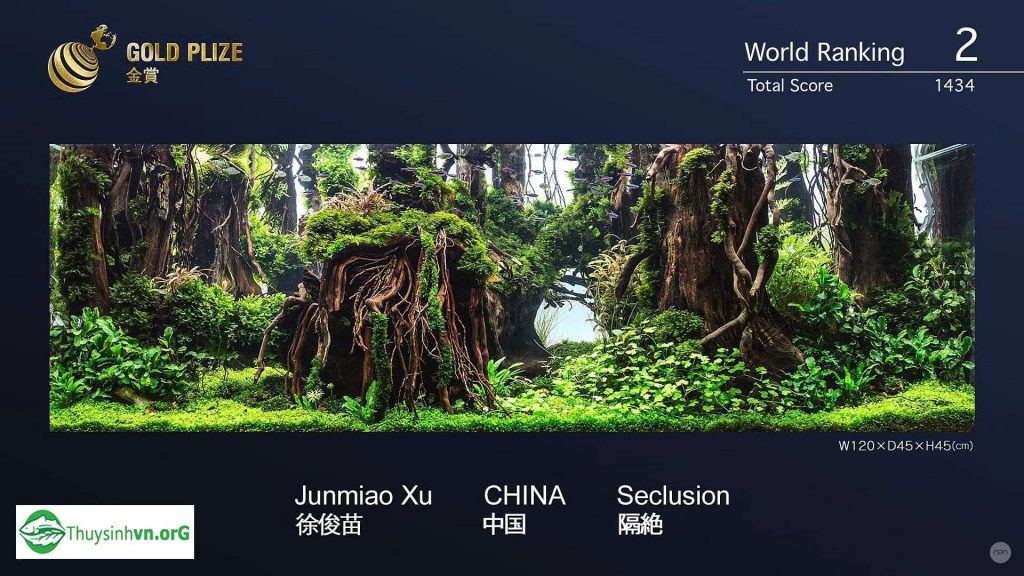 Brand prize: Top 1 – Every year’s top pool does not disappoint us at all when the combination of everything is quite perfect. The author is interested in the details and general layout of the tank. In terms of theme, you can see this theme is similar to the Fukada in the tank in the top of the tank in 2015 gives us a feel like being on the cover of a rainforest with the ancient trees are covering the edge. Street. In addition to the small trees also create a depth for the tank perfectly. From the foreground to the rear rock we can see how elaborate and detailed. 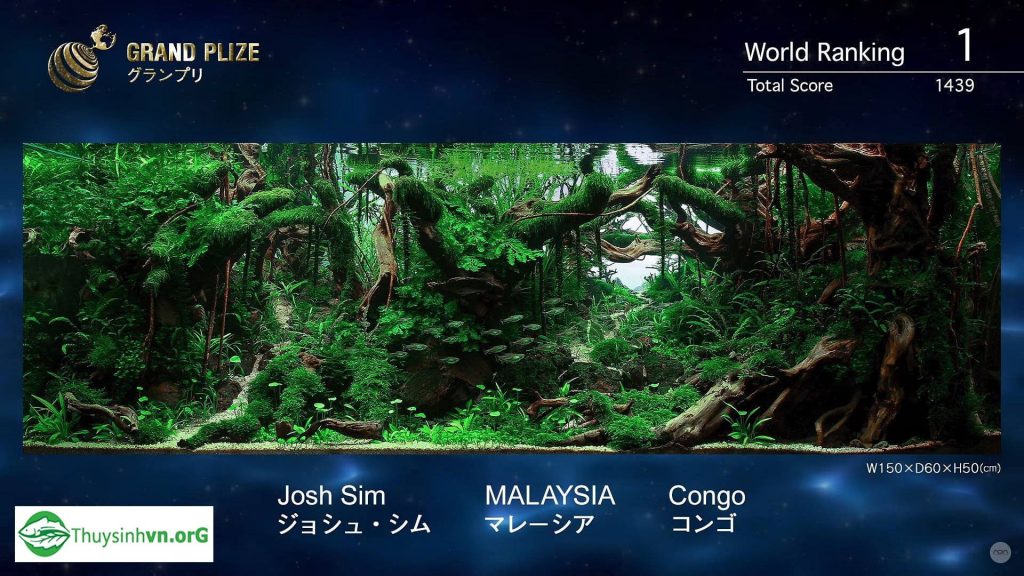 IAPLC is a great contest. However, in recent years, the proliferation of aquatic life in Vietnam has not been as rewarding as it once was. It is hoped that in the coming time, Vietnamese aquiculture will steadily advance to reach the highest ranking in the coming years.

Cryptocoryne, How to grow and care

Cryptocoryne is one of the most beautiful plants in the planted aquarium, it has many sizes and...

How To Clean In-Out Glass Tubing.

On October 21, 1977, The ADA celebrate the annual award ceremony. The ceremony is solemn and...

THE PHRASES ARE BECOME A PROFESSIONAL AQUASCAPER